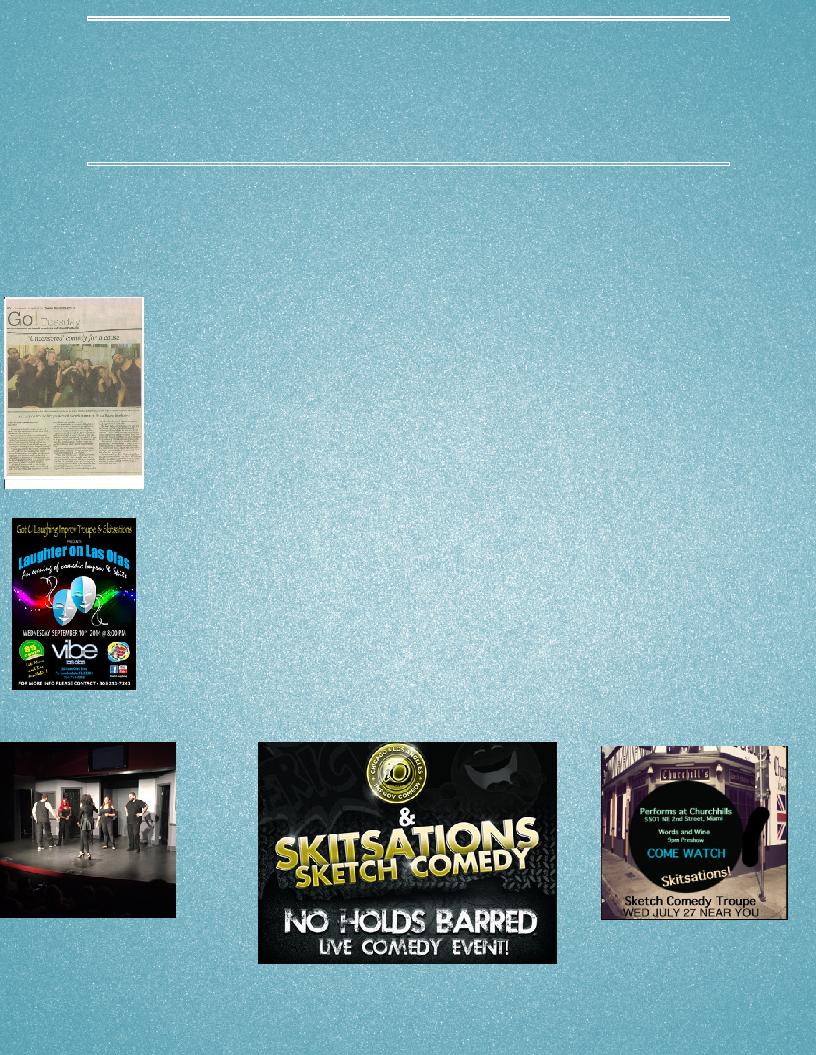 The longest running all scripted sketch comedy group in SFLA

Appeared at all of the below famous venues:

See our live performances and short films at:
http://www.youtube.com/paulskitsations

For booking or to submit an application to audition:
E­mail: skitsationsrocks@gmail.com